Australia ….. One massive country, almost the size of Europe. I had only done a little research but I knew there was only 2 ways I wanted to tackle it. Either from Darwin in the northern territory and down Stuart highway through the middle of the country to Melbourne or from Perth in the West across Eyre highway along the Nullabor desert and then onto Sydney in the East.

I chose the West to East option as this is how most of my trip has been done and cycling the Nullabor brings bragging rights too!

On arrival I met up with 3 other cyclists to travel with.

I had made contact with Bradley a few months earlier via the warmshowers forums. He had been on a cycle tour in Africa at the time and wanted to cycle across Australia too. He arrived before me and worked on a fruit farm where he met Vanessa. She had completed a 500km cycle tour of her own in Australia in September 2015 and decided to join.
Finn met Bradley in Perth on the street as he noticed his touring bicycle, after a quick chat Finn decided to put his life on hold and join in too.

So it was set, over a coffee we discussed a brief route towards the desert and then met up the next morning to ride.

For our first 2 nights we were taken in by couchsurfing hosts, the perfect way to ease ourselves into the trip. 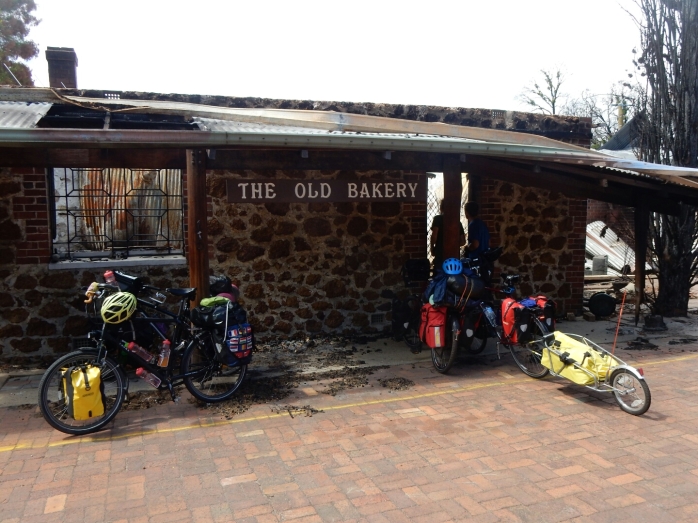 We also travelled through an area which had recently been devastated by forest fires. 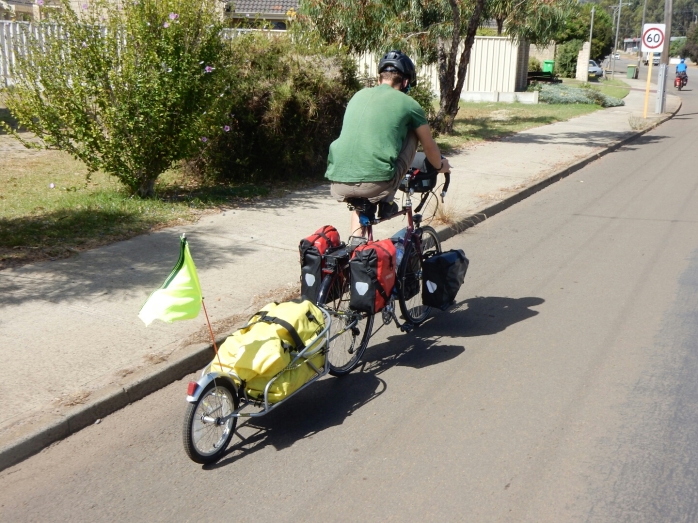 On our third day Finn was having trouble with has right heel. It turns out he tore his achilles tendon. Cycling with 1 leg we limped to a lakeside campsite.

Unfortunately this was the end of the road for Finn, unable to continue cycling he arranged to be picked up the next morning.

So then 4 became 3 and we cycled onwards.

It was at this stage the weather turned sour. We had 8 days of almost non-stop rain. Unheard of in this area, locals were telling us then had never seen as much since the 1970’s!
Brilliant…….
Here a the limited few images we took on our way to the beachside city of Esperance.

Wet camping…. So much fun 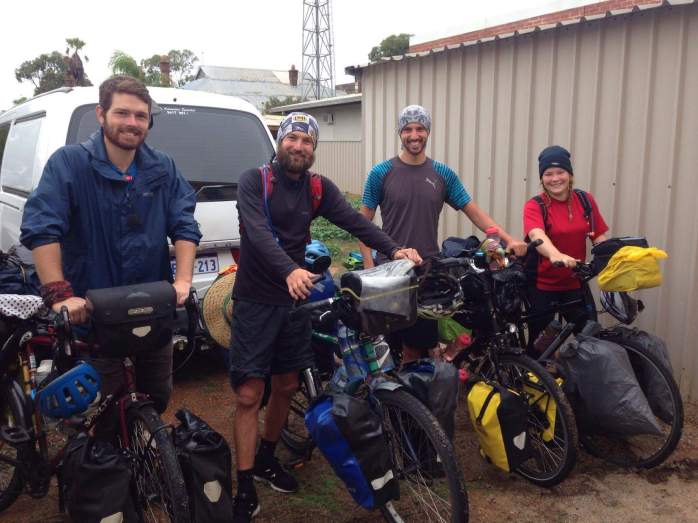 We also met a Polish cyclist called Bart heading in the same direction. We cycled together for 2 days.

However it wasn’t all glum, we were always in high spirits during mealtimes which kept us all sane. To add, I also hit the 10,000mile mark of my trip. Very happy with this achievement! 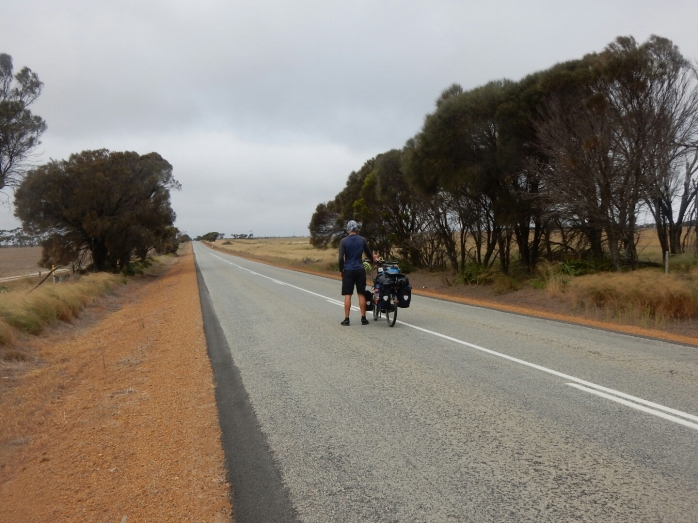 The spot where I ticked over to 5 digit touring.

It took us 11 days to cycle the 950km to Esperance, a really good start.

It was here we had our first rest day, we cleaned our bikes and stocked up on food for our approach to the Nullabor. 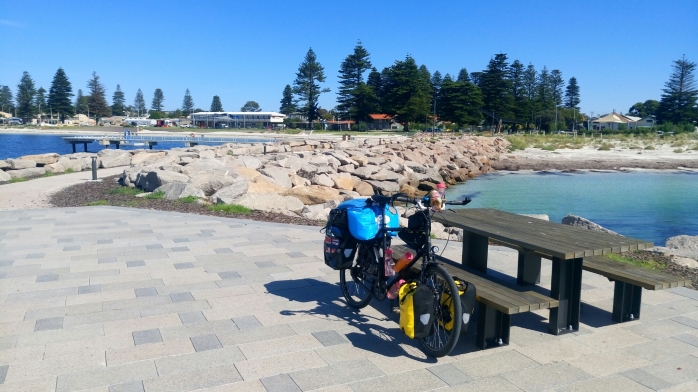 So then it was time to start moving towards the desert. For me personally the Nullabor is up there in the most iconic cycle touring roads, albeit a lot easier, along with the Stuart highway (AUS), Pamir highway (Tajikistan), Karakoram highway (Pakistan) and the Pan-American highway (Mexico – Argentina).

The road is from the small town of Norseman to Ceduna. 1200km with only a few roadhouses to obtain water.
So we loaded our bikes with 2 weeks worth of food. Weighing a healthy 75kg, this is the heaviest the bike had ever been! 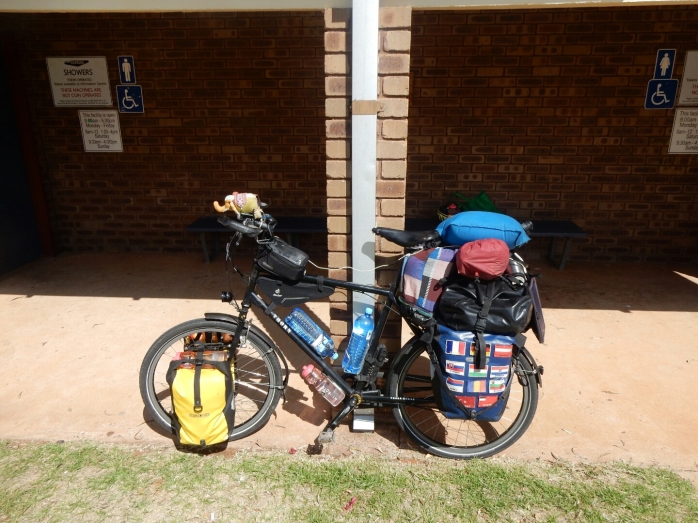 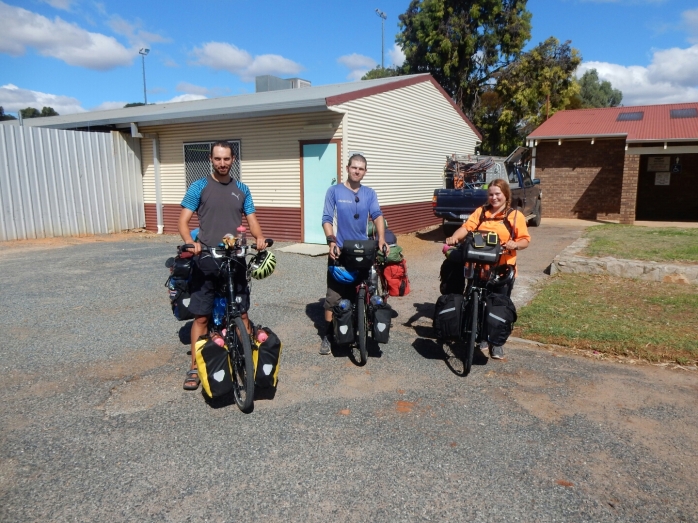 After the first roadhouse at 190km inside the desert we approached the famous ’90 mile straight’. This took us 1 whole day and the morning after to conquer. 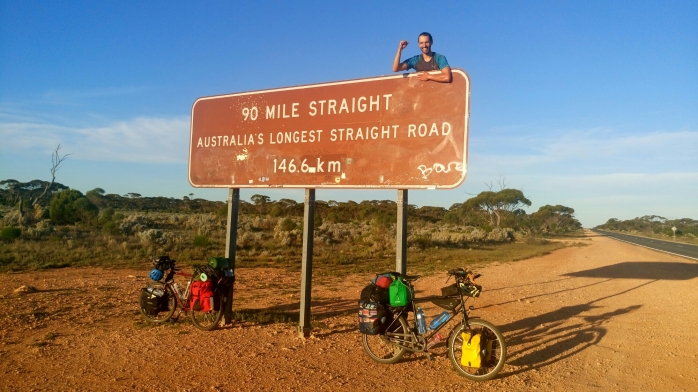 The road disappearing into the horizon.

It wasn’t as boring as you may think, out here the wildlife flourishes! 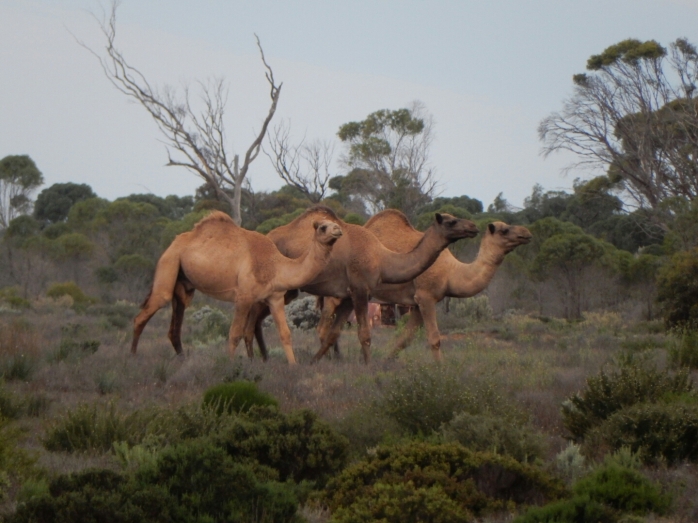 The only Kangaroo that stood still long enough to take a photo. 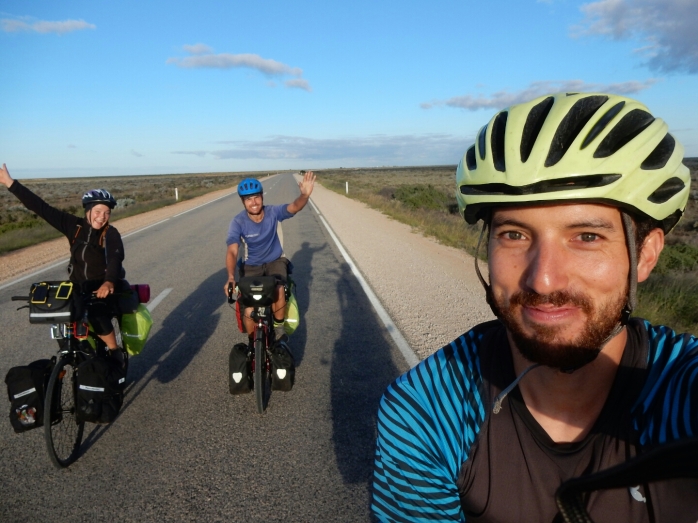 We then arrived at the Bunda cliffs and the great Australian bight. Spectacular views. 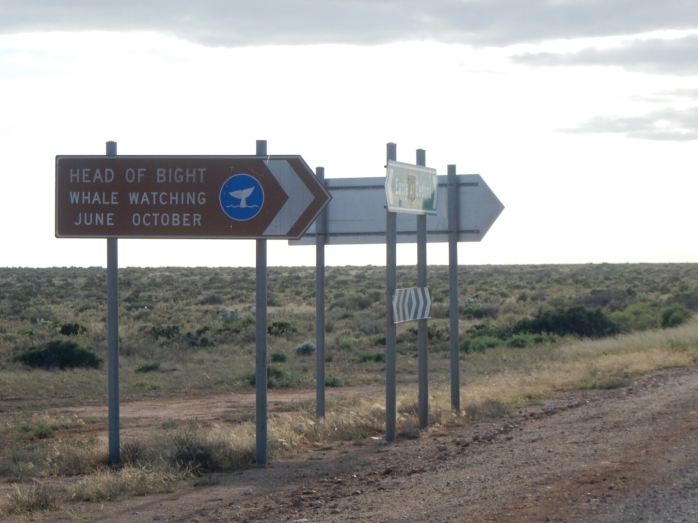 As we carried on sometimes it felt the straight roads would never end.

We eventually made in to the next state, South Australia. 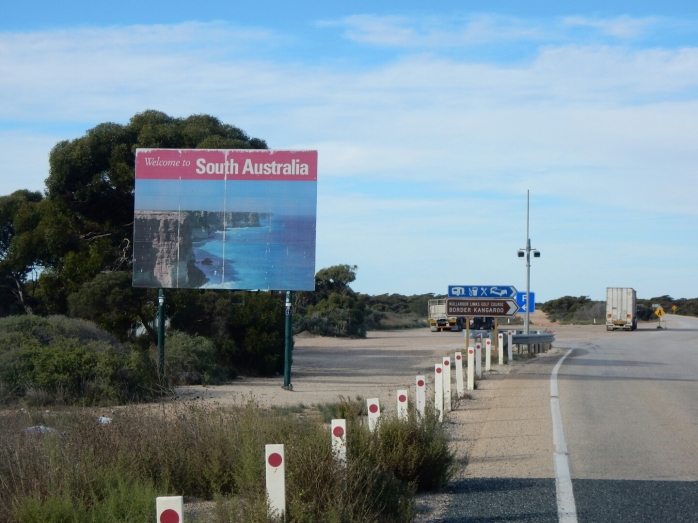 As we approached Ceduna, feeling quite proud of our journey we met two Swedish skiers, clearly lost, on their way in the opposite direction 😉 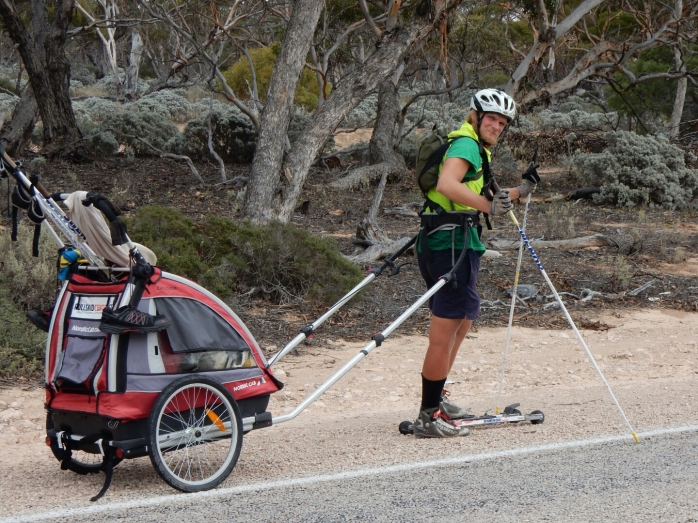 We then honed in on the finish line of Ceduna and celebrated at the sign.

By this point we had travelled 2300km from Perth. It had taken 15 days to get from Esperance to Ceduna.

I must say that although there were tough days slogging away at the never ending horizons it was an incredible experience. Everything I hoped it would be, we met lovely people at every roadhouse and were treated to spectacular stars at night as we wild camped. I’m over the moon we made it through without any hiccups.

However there was no time to rest, we carried on another 450km to the city of Port Augusta.

During this time we past through some quaint towns with interesting names and landmarks.

We are now resting at a couchsurfing house in Port Augusta. It’s quite crowded here! Our host Stuart has 8 guests on this night…. Legend! 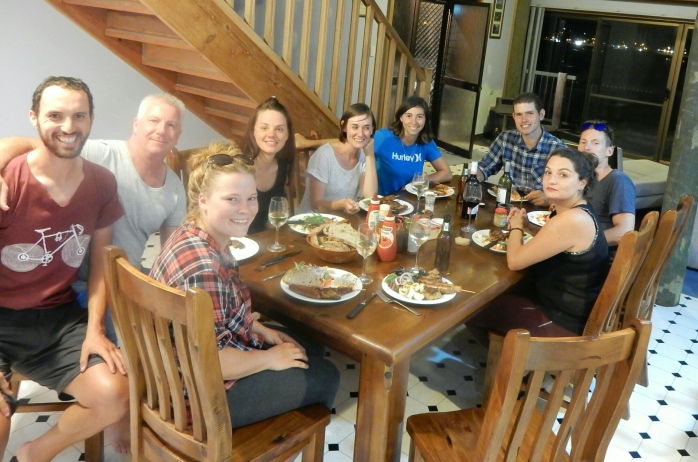 Bradley, Vanessa and I will now carry on together for roughly another 10 days before I then head to Sydney and they both turn off to work at the farm where they originally met. I hope to be there in early May to give me some time off to relax.

Time to crack on!