Upon leaving Vienna we met up with another tourer called Endi who is from Bilbao, Spain. He too is cycling towards Istanbul. 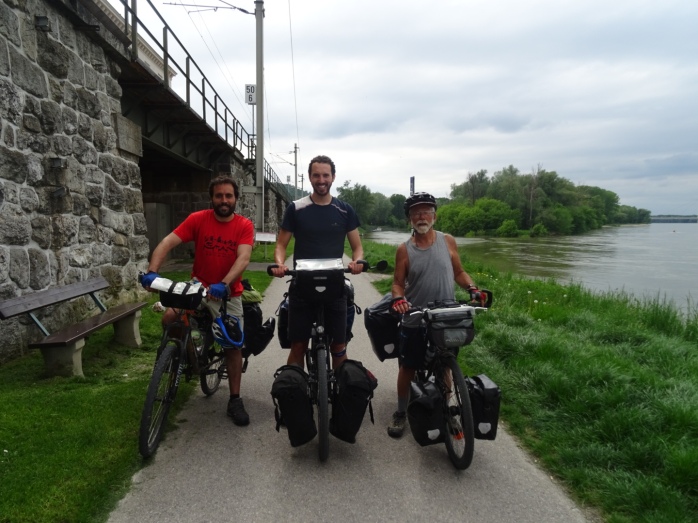 The three of us breezed into the Slovakian capital of Bratislava by early afternoon, which was only 45 miles away, with the help of a ferocious tailwind!

We then had a beer in the town square to celebrate another country entered. As we sat chatting the unicyclist we had seen a few days back strolled past! I bought him a beer for his efforts. 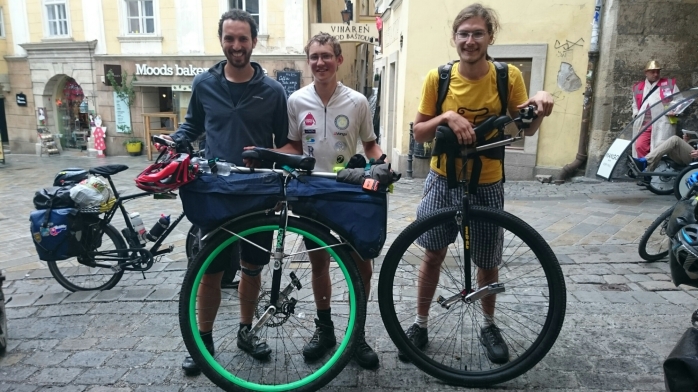 The next day was quite pleasant riding on endless straight and flat cycle paths. Progress was good and fast. However the scenery has been quite unspectacular. Apologies for the lack of landscape shots!

We wild camped next to the river and made our second camp fire of the trip.

In the morning we carried on a further 20 miles and into Hungary.

The route is poorly signed here but our maps are very detailed thankfully. The official signs pop up every 10 miles or so, unlike Germany or Austria where they are at every corner.

The day ended just 25 miles north of the capital city….

We are staying in a boat hotel near the centre of the city. It looks out onto Margaret island, in the middle of the Danube. A place which contains parks, a zoo, swimming pools and a sports/music venue, historic ruins and a colourful water fountain that moves to music.

Our boat hotel from the island.

The fountain by day… 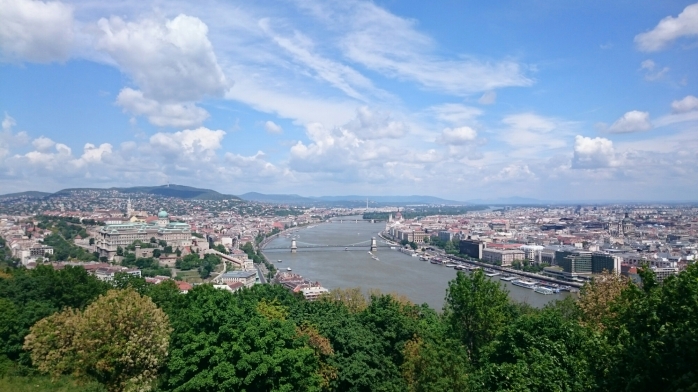 The highest view point over the city. 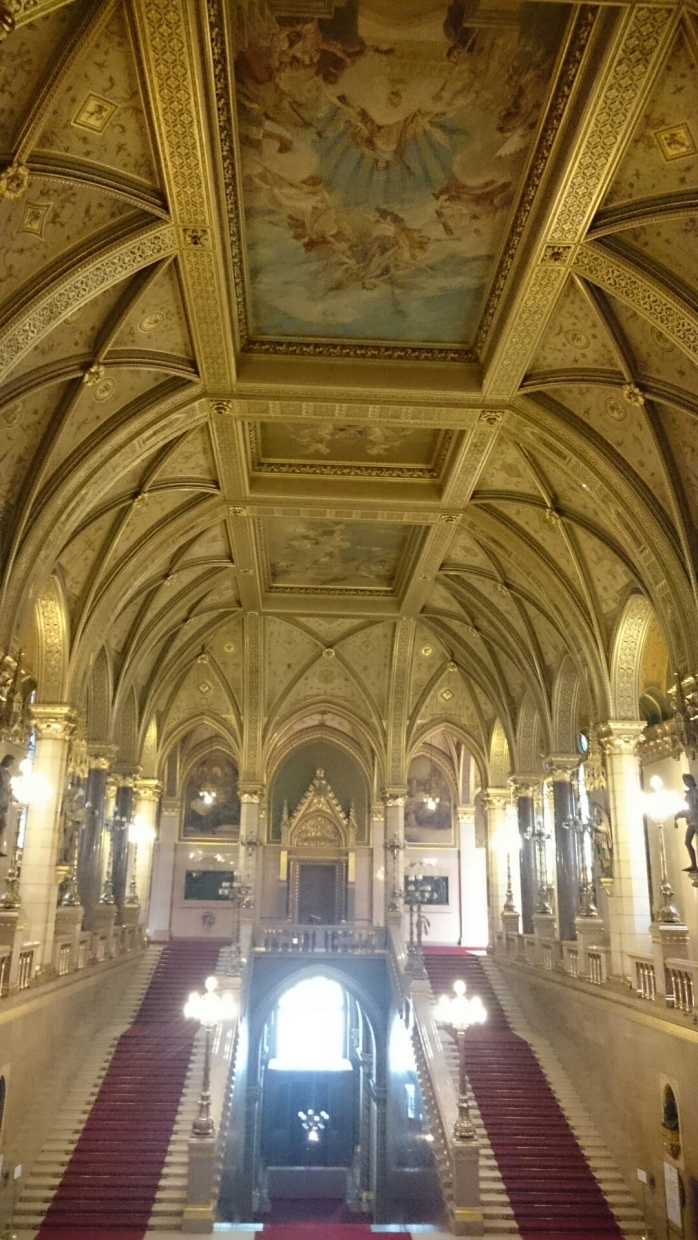 … and the inside. Plenty of gold around!

On Sunday night we went for a night river boat cruise, the city looks magical from the river all lit up!

Our journey now heads in a southerly direction into Croatia and then Serbia. Our next capital city is Belgrade.