On a gloriously sunny day Phil and I caught a ferry over to the town of Picton on the south Island. Unfortunately I left my camera in my bicycle panniers and couldn’t take any images of the journey across. The scenery was quite stunning and really got us excited about what lay ahead.

Our first town of the south Island. 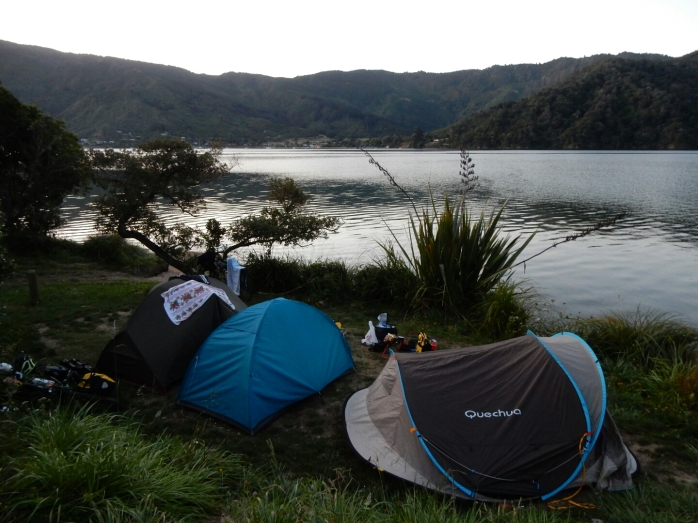 We had arrived early evening so found a free campsite nearby to rest, not a bad view to wake up too! 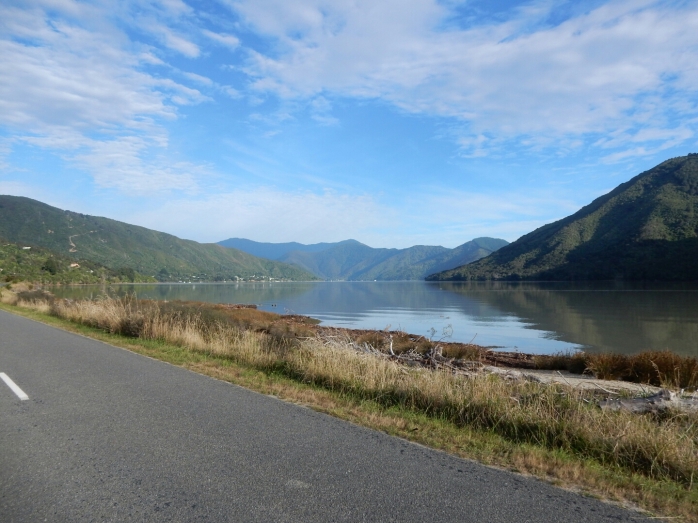 The next day the sun shone again and blessed us with views I rated better than most of what I’d seen on the north island. Day 1, exceptional. 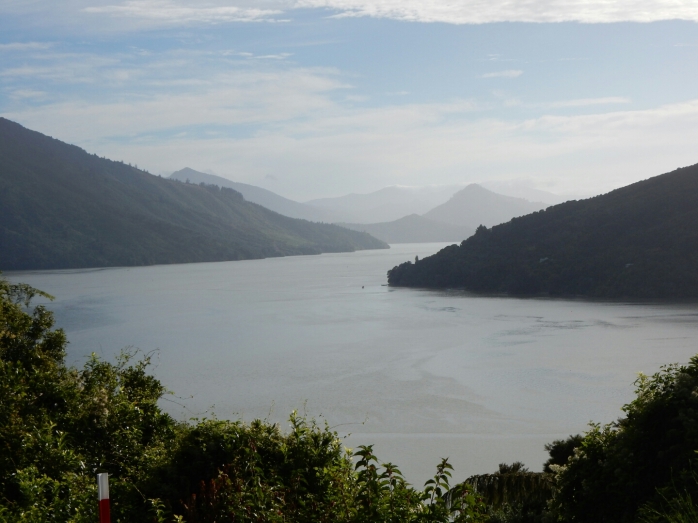 We meandered along the coast line towards the city of Nelson an then onwards to the Abel Tasman/Golden bay area. 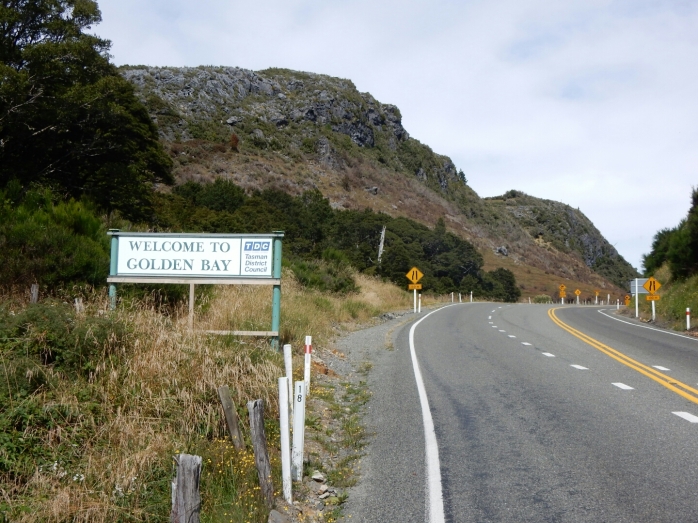 There was one big hill to ride over to our destination town of Takaka. The downhill providing a great slalom chase between Phil and I. 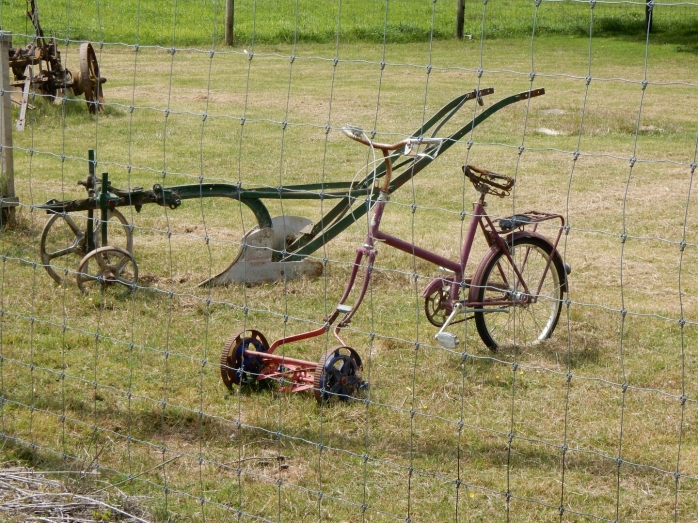 On our approach we saw local people had adopted efficient ways of cutting the grass!

Our warmshowers quaint cottage for 2 nights. 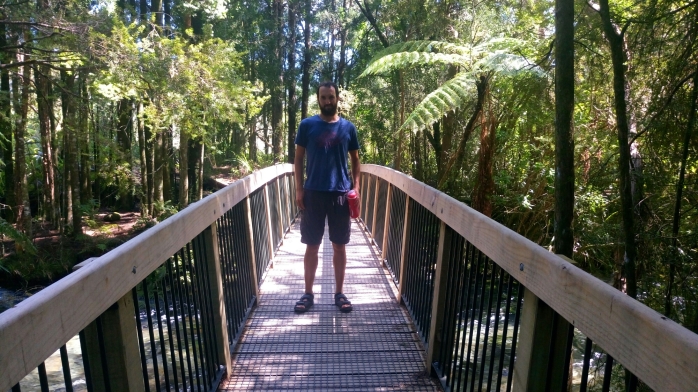 On our day off we visited a local attraction called Pupu Springs. The water at only 11 degrees was crystal clear, it looked so shallow but is actually 60 metres deep. 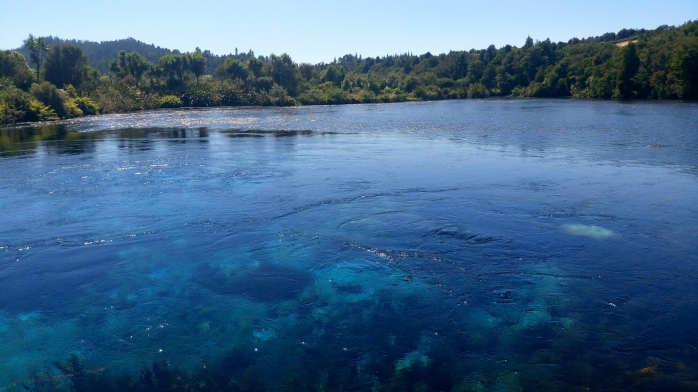 We also went to Tata beach a few miles away from the springs to relax. 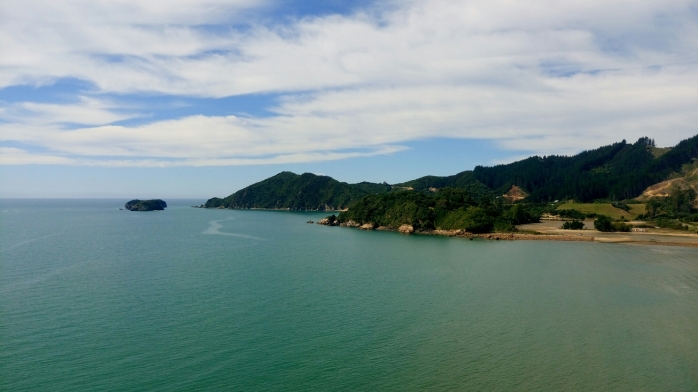 On our way there we bought a bag of grapes and pears from an honesty store. $2 each, bargain! 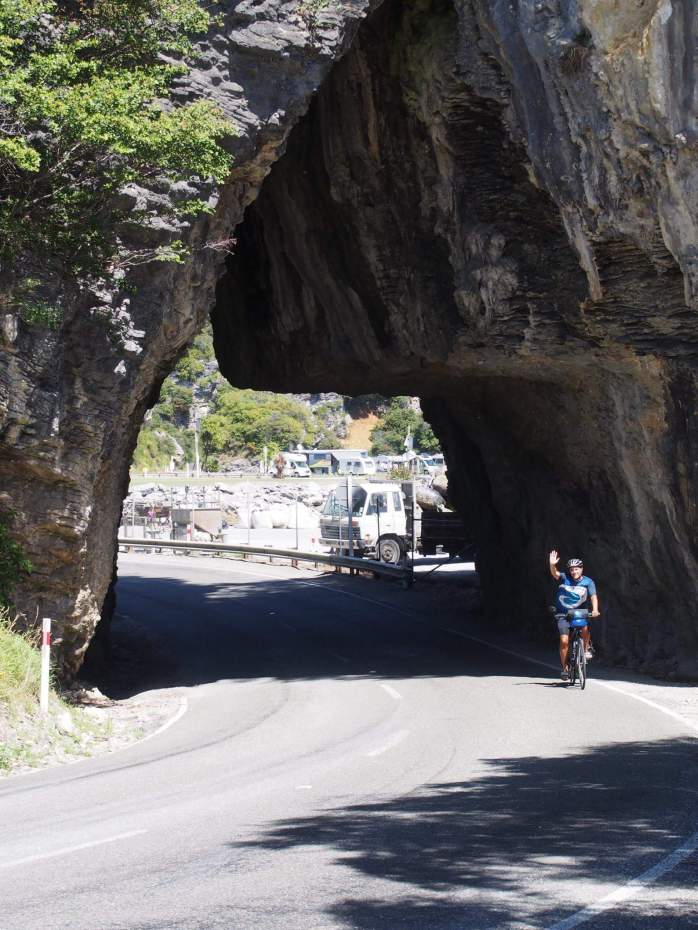 Taking a plunge in the freezing water 💦

After departing back over the hill to continue south we stopped to have lunch in a picnic area, this one included armchairs, lovely. 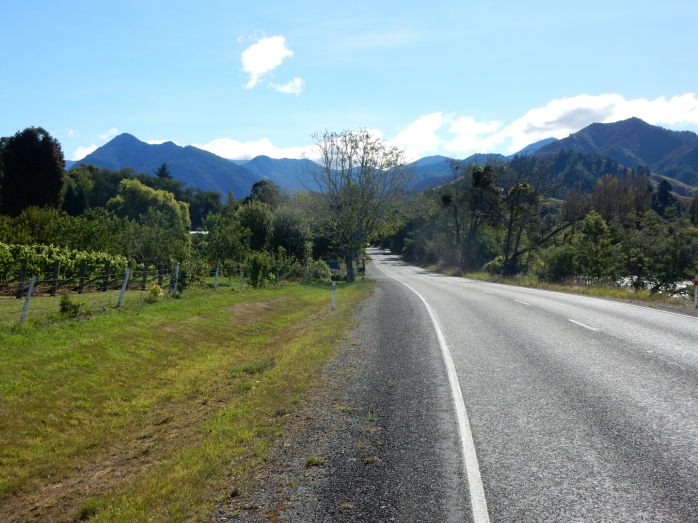 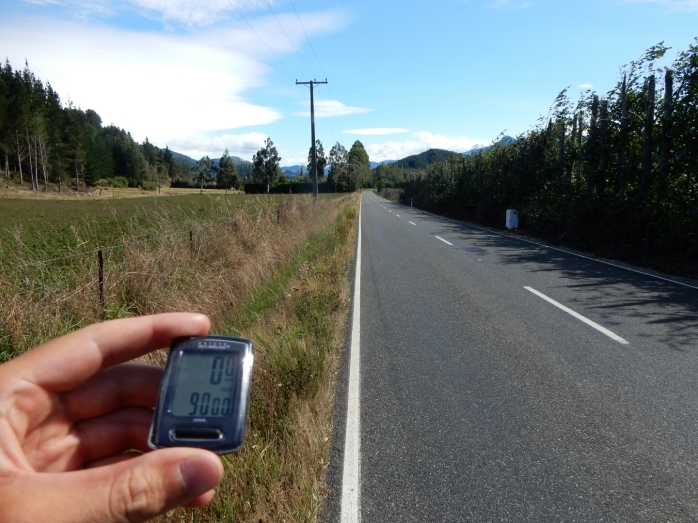 We then entered the region of the Buller Gorge that took us directly to the coast. This reminded me much of the time I was in Serbia and cycling the Danube Gorge. 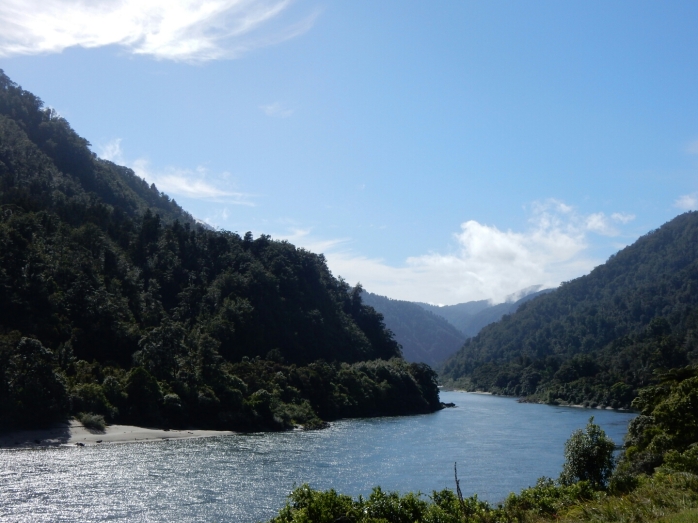 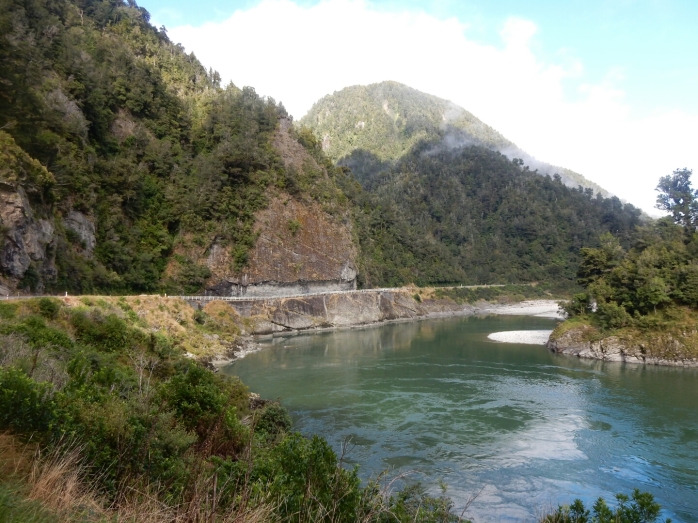 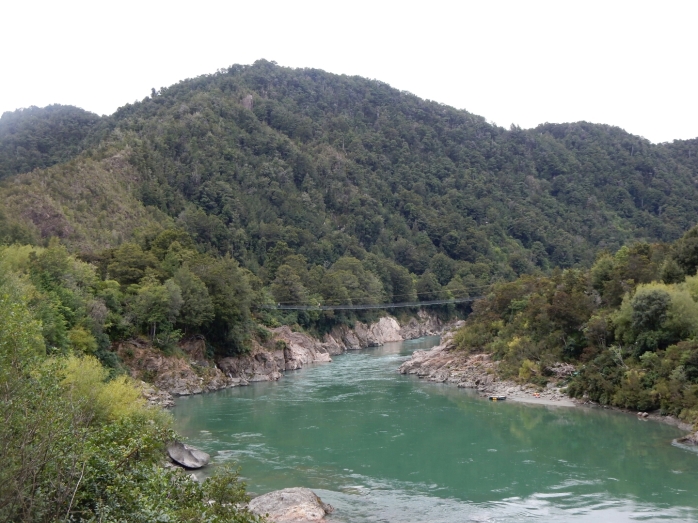 The road then opened up and we were on the Great coast road.

The wind was wild and the surf rough, it made for a very dramatic scene.

We camped in the town of Punakaiki where there is an attraction called the Pancake rocks. 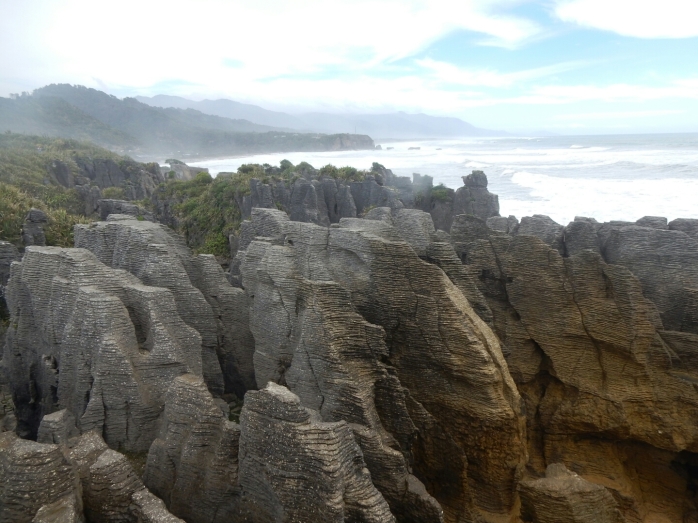 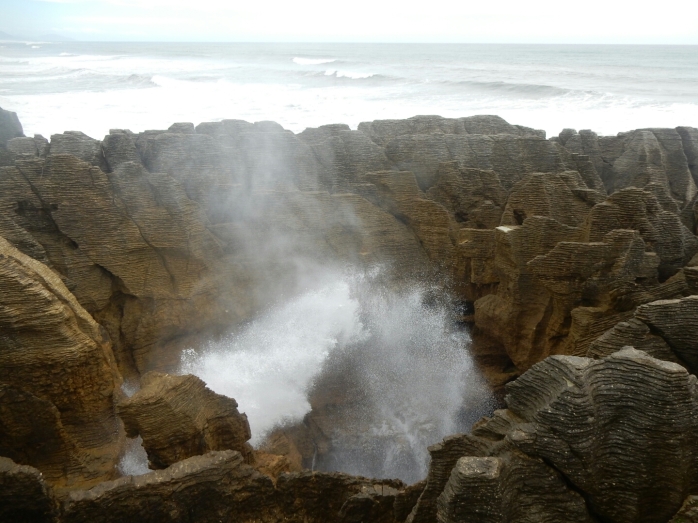 From here we carried on to the town of Greymouth. We had been advised that apart from the Glaciers or Franz Josef and Fox glacier the cycling would be quite mundane until the village of Haast, a few days ride ahead. However with plenty of time in hand we continued onwards. It wasn’t really that bad! 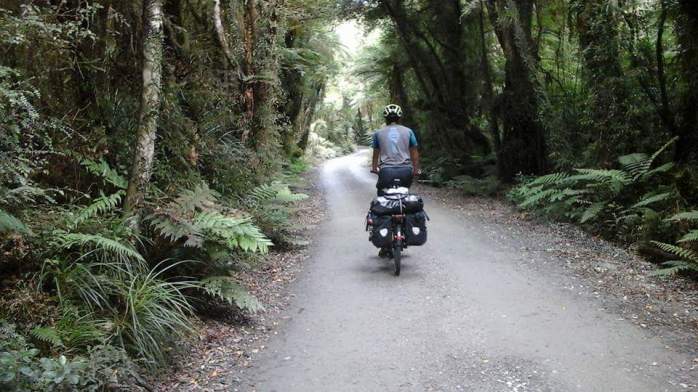 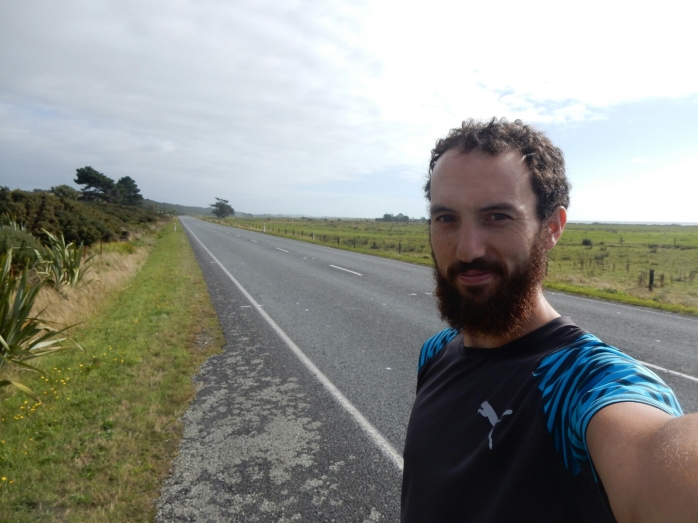 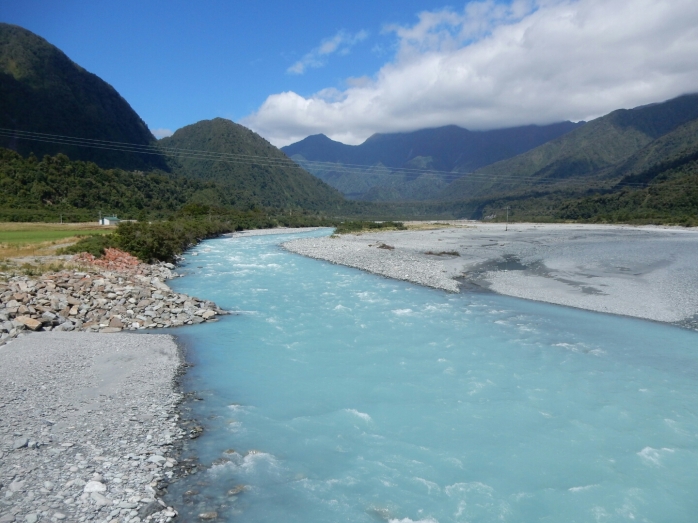 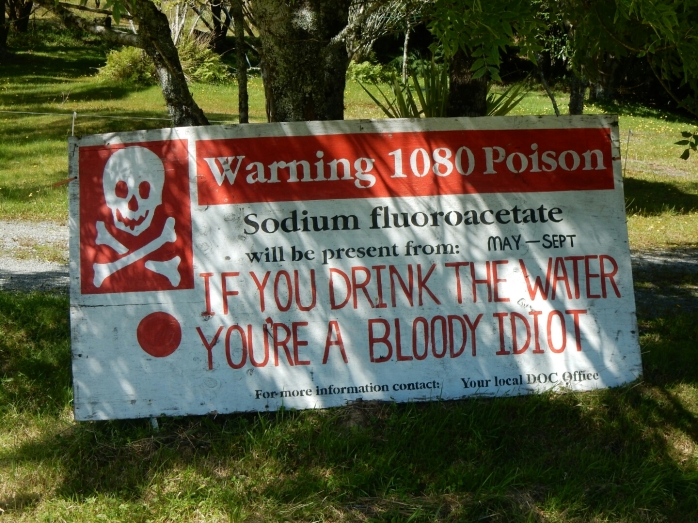 Franz Josef glacier – I was quite shocked at how far back it had melted. I was expecting to see more.

At Fox glacier we also went for a walk to the nearby Lake, noted for having spectacular views of the mountain reflected on its surface.

This was our view however.

Up close it was much more impressive. 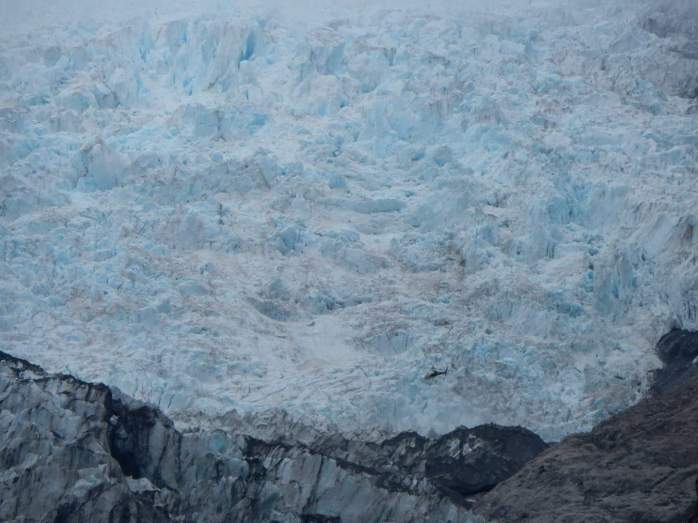 Note the size of the helicopter. 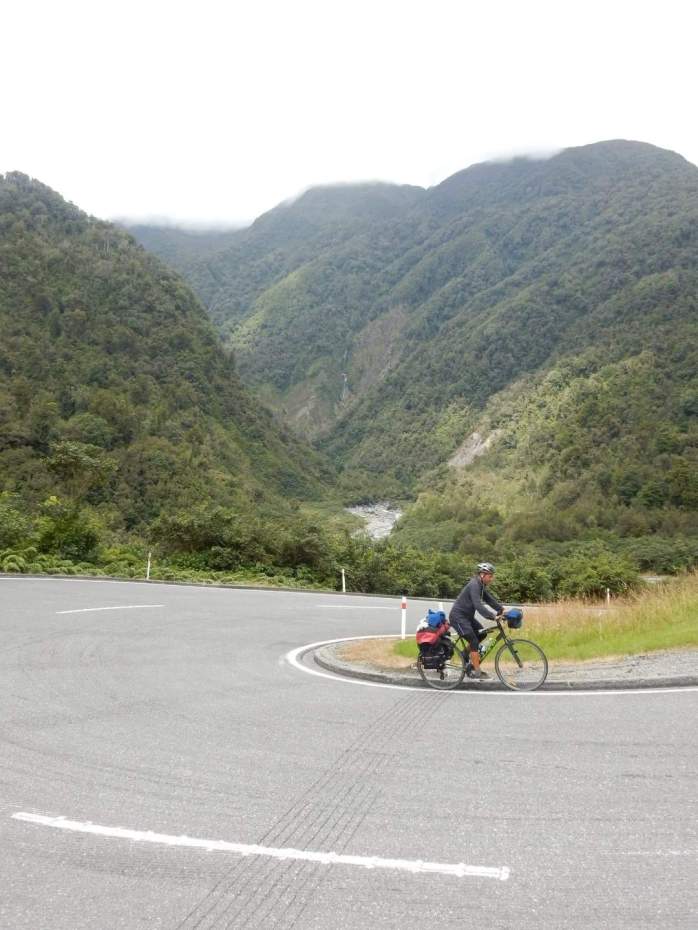 Carrying on towards Haast.

Unfortunately then the heavens opened and we got rained on solidly for 2 days. This included our ride out of Haast over the mountain pass, said to be beautiful. All we could see was dark grey cloud and we only concentrated on staying warm.

Over the mountain the rain stopped and we cycled past 2 lakes, Wanaka & Hawae. This was a great days riding.

Our last hill was the Crown range pass, the highest sealed road in New Zealand, surprisingly a mere 1000 metres. No problem!

It was then a mad downhill dash to the city of Queenstown. Our final destination. 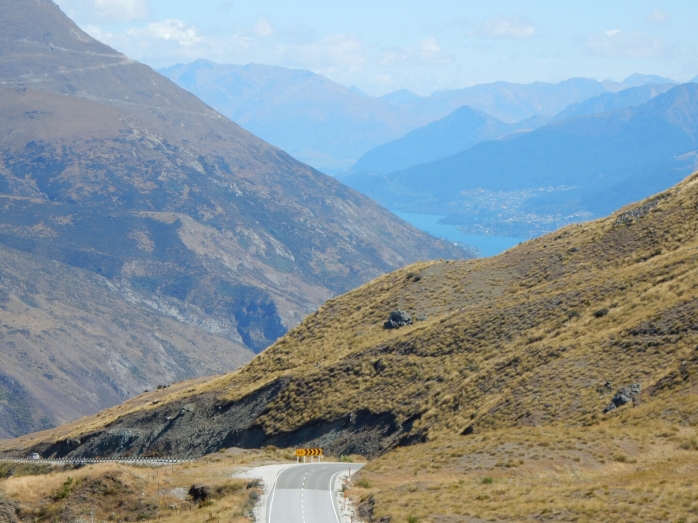 We stayed in a campsite just outside of the city called 12 mile delta. A beautiful spot next to Lake Wakatipu, for only £5 a night.

Sunset over the mountains.

It is also here where I said goodbye to Phil. He has been great company since we crossed paths on the way to Lake Taupo on the north island. His big tour has now finished, before New Zealand he had cycled from the Canadian border along the west coast of the USA to the Mexican border and then from Cairns in North East Australia to Tasmania island off the south, down the east coast.

My route through this beautiful country.

I wish to note that I feel I’ve barely touched the surface of what New Zealand has to offer. The problem is time firstly and then cost. Unfortunately New Zealand is a very expensive country and a lot of the best experiences come at a collosal premium. If I were to return in the future I would hire a campervan and bring my walking boots. Cycling here is fantastic but in my opinion you need a good 3 months to do this country justice. 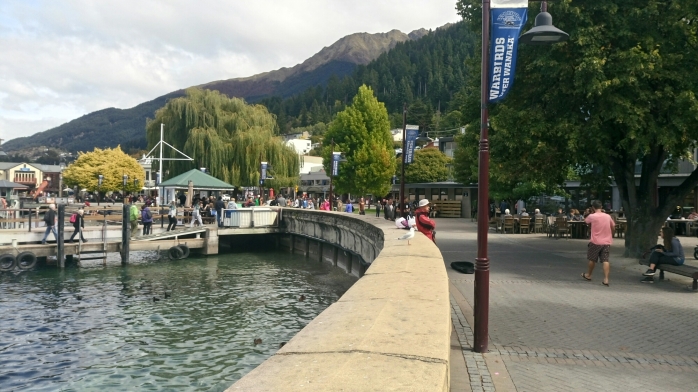 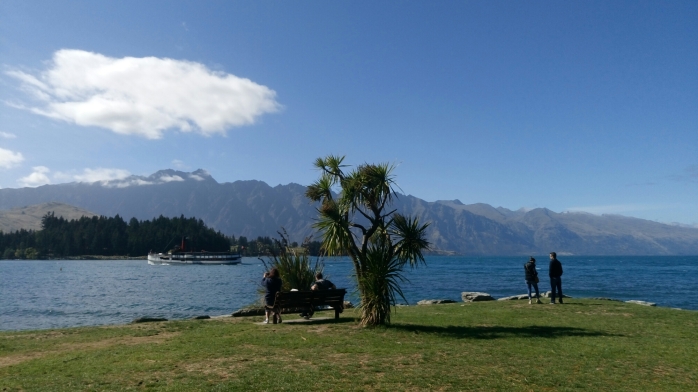 A few snaps lakeside in Queenstown.

My relaxing journey has now officially ended. Due to financial constraints I have to race across my final 2 countries.

I really look forward to this challenge.
The starting gun sounds on the 18th March.

(My beard has gone!)