Our Budapest visit ended on a real high, when as we sat for a last beer in the centre of town a French couple we had met in Vienna, who are also cycling to the Black Sea, spotted us. We all sat together for a meal with live music. We sampled the Goulash, which I actually really enjoyed!
Walking back to the hotel we took a quick ride on a ferris wheel to see the sights lit up one more time. 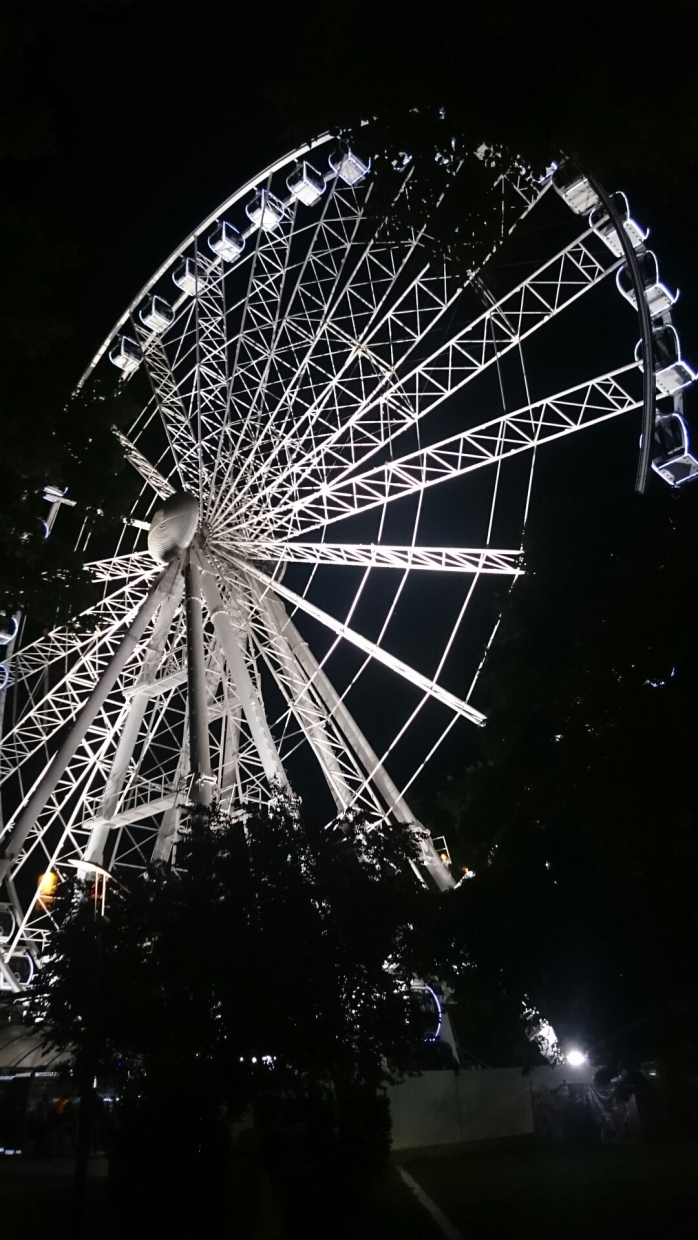 We started heading directly south out of Budapest the next morning. Fortunately the Eurovelo6 route immediately cuts through the countryside and so we encountered no problems navigating out of the area. However some of the tracks were a bit scarce to say the least, wondering if this really was the ‘official route?’ 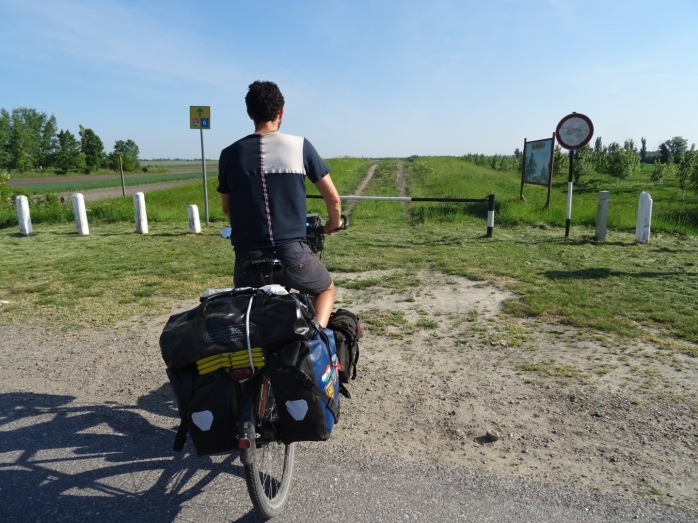 Over the next couple of days we were led through farm pastures galore, flat as a pancake. The only real deviation being a ferry crossing.

After this crossing we went to wild camp. A small dirt track off the cycle path led into the Forest. After a few hundred metres we stumbled across what looked like a scout camp. It was deserted… Perfect!

The weather became hotter, we became super dirty and on this day after our lunch we had ourselves a shower from a hose in full view of the public driving past.

The border of Croatia came upon us faster than we anticipated, we actually had to show our passports for the first time since entering France.

Our first night in Croatia was by a fishing lake, our cycle guides warned us to not wild camp due to landmines but after asking some locals this area felt safe. We got there just before a lightning storm struck. Once it had stopped we went for a swim, surprisingly it was actually warm!

The next day we started heading South East as this stretch of the route out of Croatia and into Serbia was only 150km.
The weather was awful initially and our first proper downhill in what feels like forever was on slippery cobbles, nightmare! 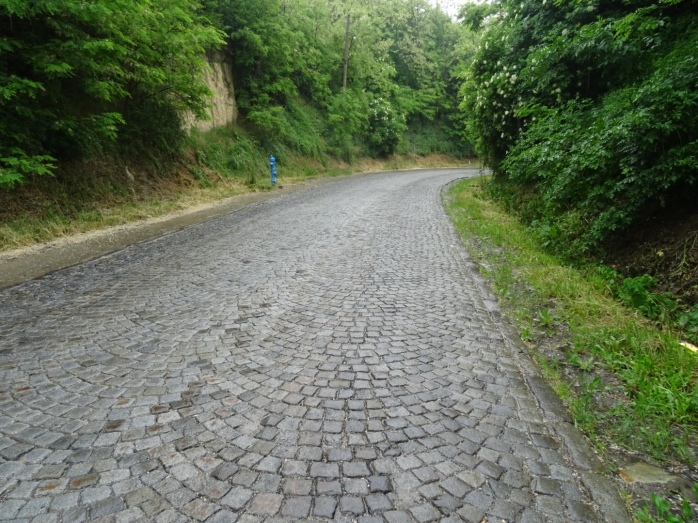 Motivation lacked that day and it became our shortest at 35miles cycled, before we ditched the riding for a cheap guesthouse.

Our last day in the country was bright and cheerful. Croatia gave us a few nice towns to pass through and a glimpse of the river. 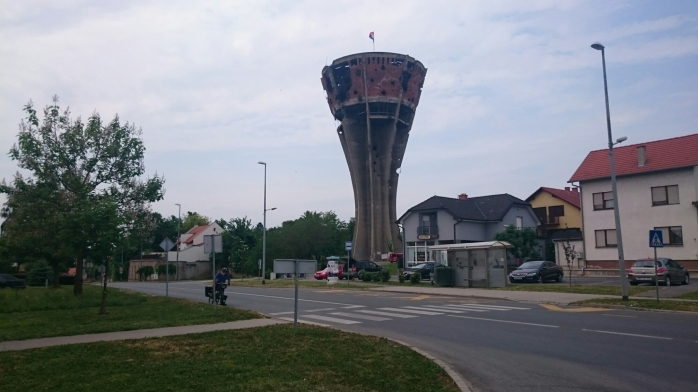 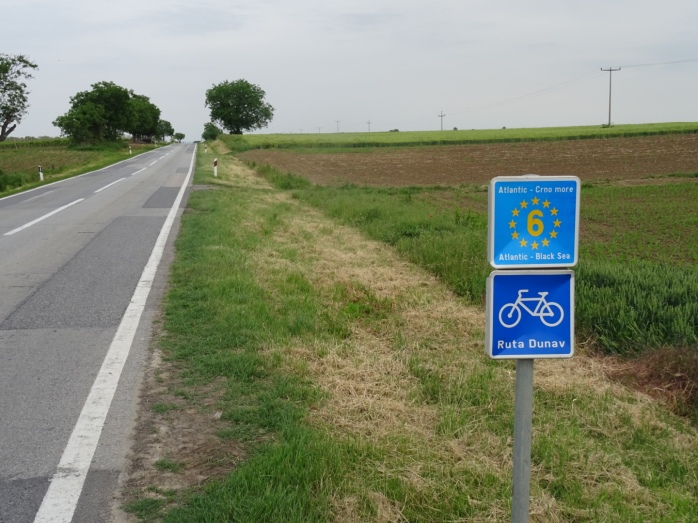 The first town past the border we got a celebratory beer for a new country entered. We got out our maps and planned where we could wild camp that night. Just as we left a lady from the table next to us, who must have overheard our conversation, offered a cheap hostel type accommodation 200metres away. We took a chance and found out it was above a car wash. It was basic, but was clean, had a decent shower, WiFi and a place to secure our bikes. For the grand total of £3.60 each!

Ross had contacted a warmshowers host in the the capital city, Belgrade, for the next day.

Crossing the Danube river again on our way out of the city Novi Sad.

We left early for a 75mile ride and we encountered our first real hill climbs.

In the 28 degree heat we were sweating buckets, at the top of one we bought a kilo of strawberries from a roadside stall for the cost of £1.

On our rest day we took a 3 hour walking tour around the city, had lunch in a restaurant and did a bit of shopping. A nice relaxing time. 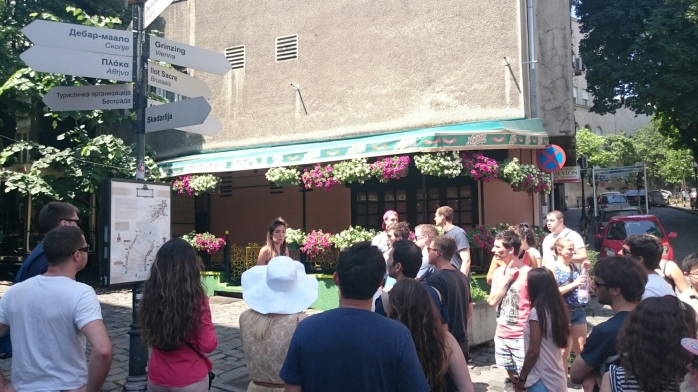 Showing us the areas where the best live music and bars were.

Exploring the fortress and view points

Where the river Sava joins the Danube

A few local artists in the main pedestrian areas.

Our journey now heads directly east. We should be in Serbia in another 2 days before crossing into Romania. The capital, Bucharest, is not on the Danube river, we are undecided if we will detour our journey just yet.

The approximate distance to the Black Sea via the cycle route is 600-700miles. We hope to achieve this within a fortnight.

Our river adventure ending is in the city of Constanta.
This feels like the home-straight of stage 1 :-)…… Exciting!